Daily Bread - it's great to be back

Just met the Artist who did the faces of the two old ladies that popped up a while ago. They've been at work creating round the traps this side of town and in windsor. Here's a sneak peak ! 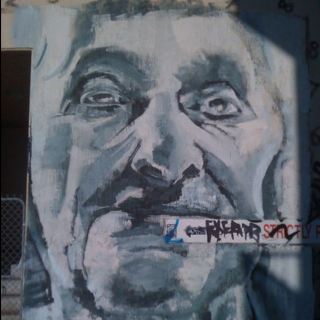 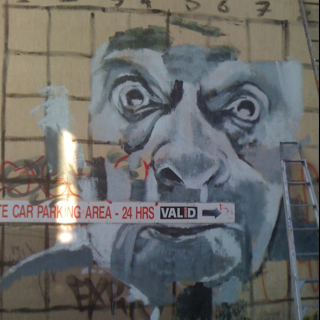 Daniel P Jones, Danny, is an articulate, slightly barrel chested man with big silver-grey hair. His pastel blue eyes have a sadness in them that wells as he talks of his life, his love of Leanne and toeing the line at Pentridge. He describes himself as a thief with a moral code and it's a fair call. He promises to sign my photo. Later he recites Oscar Wilde better than anyone I have heard, to a captivated audience. He tells me that he discovered Oscar out of a desperation to survive prison, and in the end he used Oscar as a medium for expression, reciting to inmates in the yard, guards looking on perplexed. Danny and director Amiel Courtin-Wilson have an obvious bond which has seen them take Danny's story to Cannes and now, to Venice. I must spruke this fundraiser and this exquisite story. Check them out on Facebook, and donate (and online) . This is the first Australian feature film in a decade to make it to Venice, and it's basically a bloody awesome achievement.