I am working up a spin off blog called Tales of Darren. It is inspired by a dude who has an opinion on everything. He always knows 'this bloke', or tells you about 'a mate of mine, who knew this bloke... ' . What he cannot tell you about money laundering and cement footwear isn't worth knowing, and he will deliver you a moral in every story. He is a little bit Jacquie Lambie meets Barnaby Joyce, a little bit the guy yelling at his son from the sidelines. I dare say he would shoot and he would vote.

A voice is a dangerous thing to hear from the mouth of a moron. Or is it? As much as I cringe when I see him coming I can't help but like the guy. As intensely as I disagree with almost everything he says, he thinks we have struck common ground. I like that. 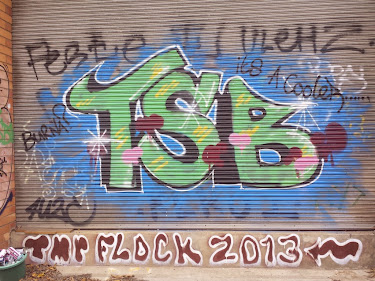 Anyway that's just a share so you know to look out for some pretty hilarious vignettes. Well I think so anyway.

Blogging I am discovering, aside from being the most luxurious and indulgent modern platform, is something best created locally and specifically. Think niche, act local.

Oh yeah and I saw some #graffiti #streetartmelbourne and stuff

Posted with Blogsy
Posted by Unknown No comments: