The Inner Depths of Nock

He is an unassuming genius, I have concluded.  This lad that is Nock.  I first set out to interview him following my Nock and the Spotters post.  I am still waiting for a promised piece of graft ... but I will follow that up...  Anyway I pursued an interview and was pleasantly surprised by the total lack of ego from someone so adept at his craft.  This guy is not one for blowing his of his own metaphorical.  Rare in this world where we broadcast the slightest achievement.  Well, let's just say I am a fan. 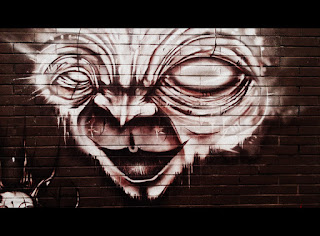 Q: You seem to have covered the mainland of Australia, left to right, where do you actually hail from?

A: Started out in England but grew up all over the place. 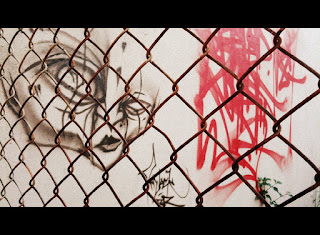 Q: You have done a heap of stuff in Fitzroy, do you think the Roy still has it or is it losing it a bit?

A: Yeah it’s definitely going down hill, too many people with no respect and no idea of so-called graffiti laws. 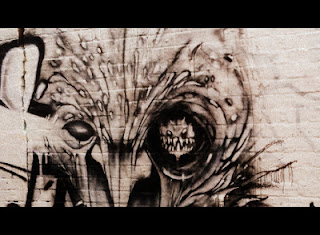 Q: What got you started and who do you admire?

A: I grew up with a few massive abandoned silo's nearby it kind of became my playground from a very young age, all the people who helped me get started really Nore & Rifs and many of the ol' crew members  Note from Flash: maybe Silo's in Fremantle? don't quote me I am just fishin' 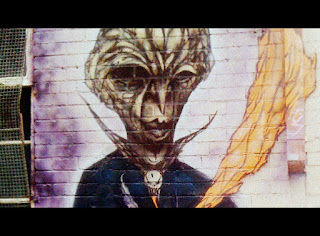 Q: I see from your blog on Tumblr (http://nokroe.tumblr.com/) that you have engaged in a bit of travel, tell me about painting in Viet Nam?

A: Yeah a bit here and there, hahaha that was an interesting one the language barrier stopped me from procuring any legal walls, but I came to the conclusion that if I went out with enough cash for a bribe it would be ok. Note from Flash: I can't find the images right now to link to but they are awesome!

Q:Where do your characters come from?

A: The inner depths of the neural caverns 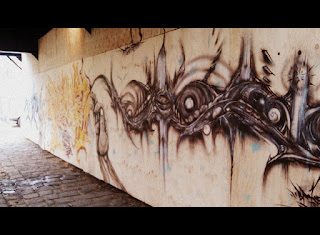 Q: The piece you were involved in on Fitzroy St at the start of this year blew my mind and I know it blew the minds of a lot of popular artists. Do you have any favourites of your own work?

A: Ahh not really. I usually cant stand anything I've done until like a year later, when I can look at it in a different light.

A: I don’t know how to answer that, I don’t think I'd class myself as anything in particular.

Q: You are a hard man to research, how many Aliases do you go by?

A: Hahah a few over the years, too many to count .! 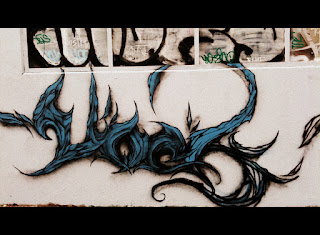 Q: Have you got an opinion about the age old issue of walls and respect?

A: Yeah don’t touch a wall when you cant do something better..!

Q: You use everything from watercolour and ink on paper to aerosol and acrylic on board, do you have a preference?

A: Nah not really its good to mash everything up. 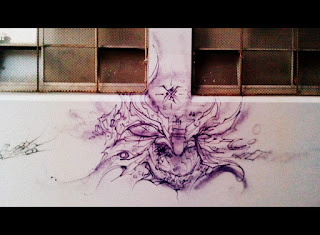 Q: Tell me about the shows around town and do you have any plans for more soon?

A: Yeah I've had a few here and there this year, yeah I'm working on a big body of work at the moment..

Q: What’s next for Nock?

A: Moving to Japan is on the horizon...Note from Flash:  I reckon you may have better luck negotiating commissions there lol - looking forward to seeing them, and following up with a further interview.