I missed Ryan's If It's Between Death and Magic so I was thrilled that Ryan and Hollie's Sleep and Wake fell into Fitzroy's lap.   I am a HUGE McGennisken fan.  I've been to the Rambler Collective gallery and know he associates with a very talented cohort so I eagerly anticipated Hollie Kelley.  The snap below does not do justice.  Hollie's work is truly magical, a strong compliment to the whimsical yet somber detail Ryan brings.   Her paintings draw you in.  It's the eyes that do it. 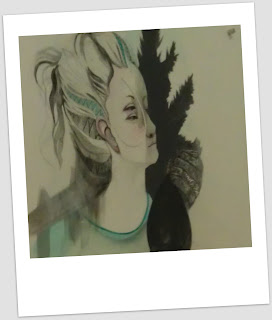 Ryan of course displays the intricate skill he is known for. You need to spend some time in front of his pieces because there is a serious dimension under the surface that has a lot to say.  Below are snippets, best viewed as a whole, beneath the ethereal installation. 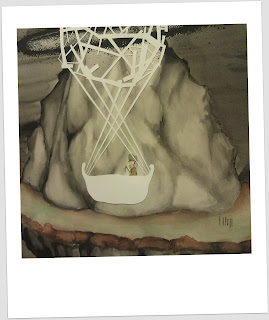 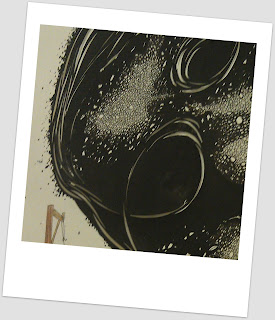 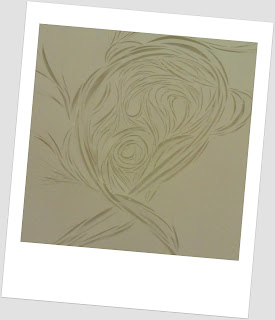 I implore you to check this exhibition out.  A chilly day, a dialogue between two talented souls and an authenticity that makes you feel like they have laid it bare and hope that you like it. 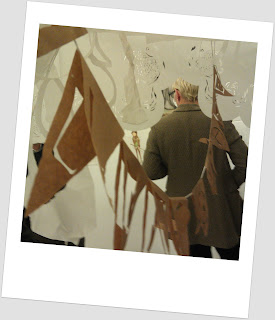 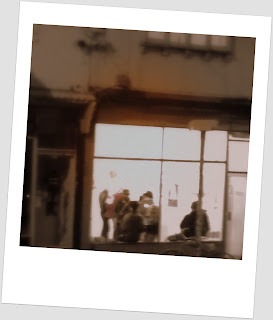 Elementary particles are what you are left with when you have stripped a substance bare. When you are up to your armpits in deconstruction and there is nothing left.  You would think at this point that all the bits would be tiny, but then you look up and it is you who is really small, surrounded by a huge pit of elementary...stuff, that is threatening to bury you.

I have have recently been deconstructing the Fitzroy streets until I couldn't see them anymore (hence no new posts).  I could only see occasional new tags, a handful of paste ups and some (admittedly brilliant) commissions.  There had been this intense period where the street was stopped in its tracks and heated debate was generated.  I believe it was a pivotal moment in the timeline of street art in Fitzroy.  It made everyone argue, reflect, and move on.  Fitzroy had been fumbling along in a pretty ordinary way and then suddenly, everything was up for critique, even the critique itself.

The Alimentari wall was one of the hot spots for all of this activity and certainly when I visited it at the time, I could only see the bits.  The obliterated beauty of it all.  Not obliterated by the caps, but by a steady process of decline. But it has come along since then, it's moved on. 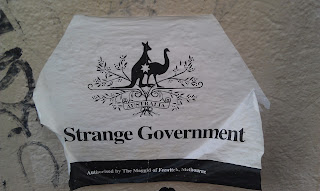 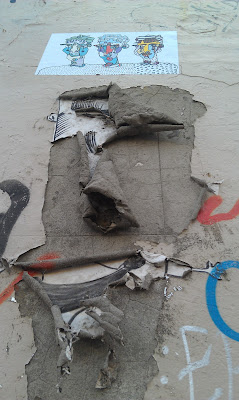 I was walking past it the other day and a miracle occurred: there were no cars or garbage bins obscuring any of it from view.  The overcast sky dulled down the rising sun and when I paused at sufficient distance, I could see the black scrawl and white A4 becoming part of  the substrate.  The wall, in the sum of its parts, was breathtaking. 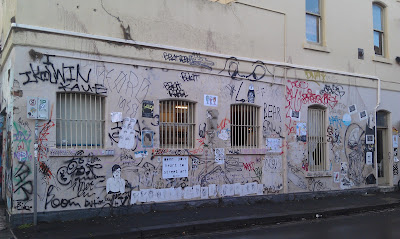